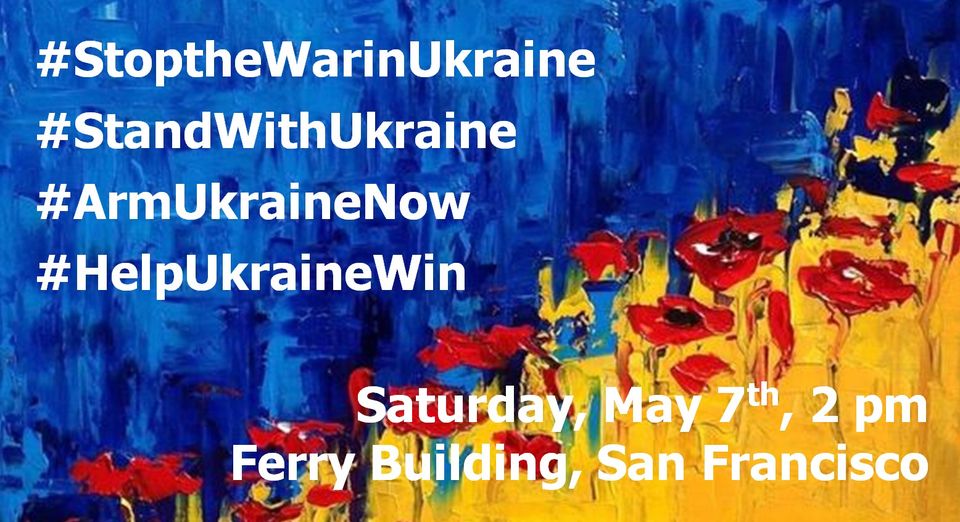 Ukraine is currently being invaded by Russia. Ukrainian cities are being bombed by ballistic missiles, military aircrafts, cruise missiles, destroyers, bombers and attack aircrafts. Ukrainians are being killed and terrorized.
Russia’s invasion is unprecedented in Europe since World War 2. Tens of million of Ukrainians are under threat.
Russian war is an act of terror against Ukraine and its people. It’s an act of terror against security and peace of the whole Europe.
Join us for the rally:
– to show solidarity with Ukrainian people,
– to protest against Russia’s war,
– to help Ukraine protect itself and win the war,
– to continue to impose the most drastic economic and political sanctions against Russia, Putin and his oligarchs.
Please bring your own posters, Ukrainian symbols and your flags of nations all around the world, including Ukrainian and American.