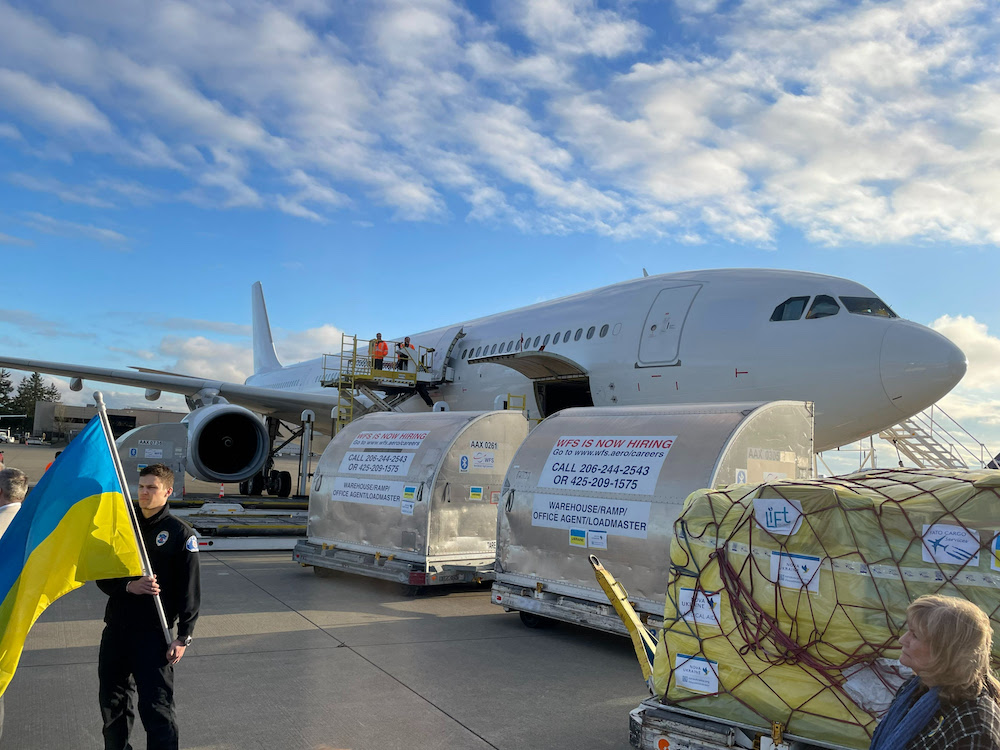 Airbus A330 cargo flight with $3.5 million worth of emergency medical supplies organized by Nova Ukraine in partnership with the Ukrainian Student Association at Stanford University and the Ukrainian Association of Washington State (UAWS) took off from the Seattle-Tacoma International Airport (SEA) and landed in Lublin, Poland on March 29th.

Spurred by the need to help Ukraine, a group of Stanford students convinced the hospital to donate several pallets of medical supplies. This effort evolved into a fundraiser to finance a medical relief flight. Stanford students turned to the community for additional medical supply donations and funding for a charter flight. Nova Ukraine stepped in to finance the charter flight and act as NGO partner for the fundraiser. Then the Seattle-area Ukrainian American community got involved through Liliya Kovalenko, president of the Ukrainian Association of Washington. Stanford students sorted and helped package over 32 tons of donated supplies. The Ministry of Health in Ukraine was contacted to receive and distribute the supplies.

Contents of the Air Cargo 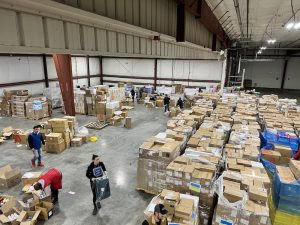 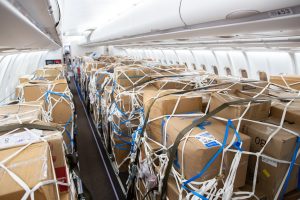 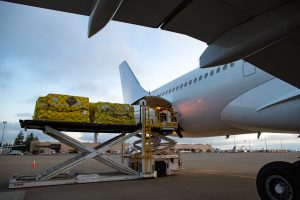 “A community has been formed,” said Josh Pickering, 30, a former Marine and a medical student at Stanford University, who has been on the ground in Poland since March 15 organizing the logistics of the plane’s arrival. “Everybody is working together to help Ukraine out in any way that they can.”

We are grateful for the contributions of the Ukrainian communities of Washington, Oregon and of course Northern California to the success of this air lift. Ongoing support and trust mean a lot to us. Together we can do more for Ukraine. 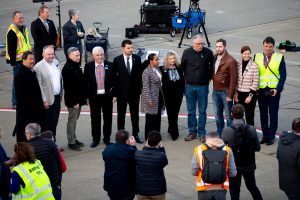 Thank you to all who attended the send off event

The cargo plane landed successfully in Lublin, Poland, where supplies were unloaded and transported by truck to Lviv into the custody of the Ministry of Health in Ukraine. From there the supplies will be distributed to hospitals all over Ukraine. 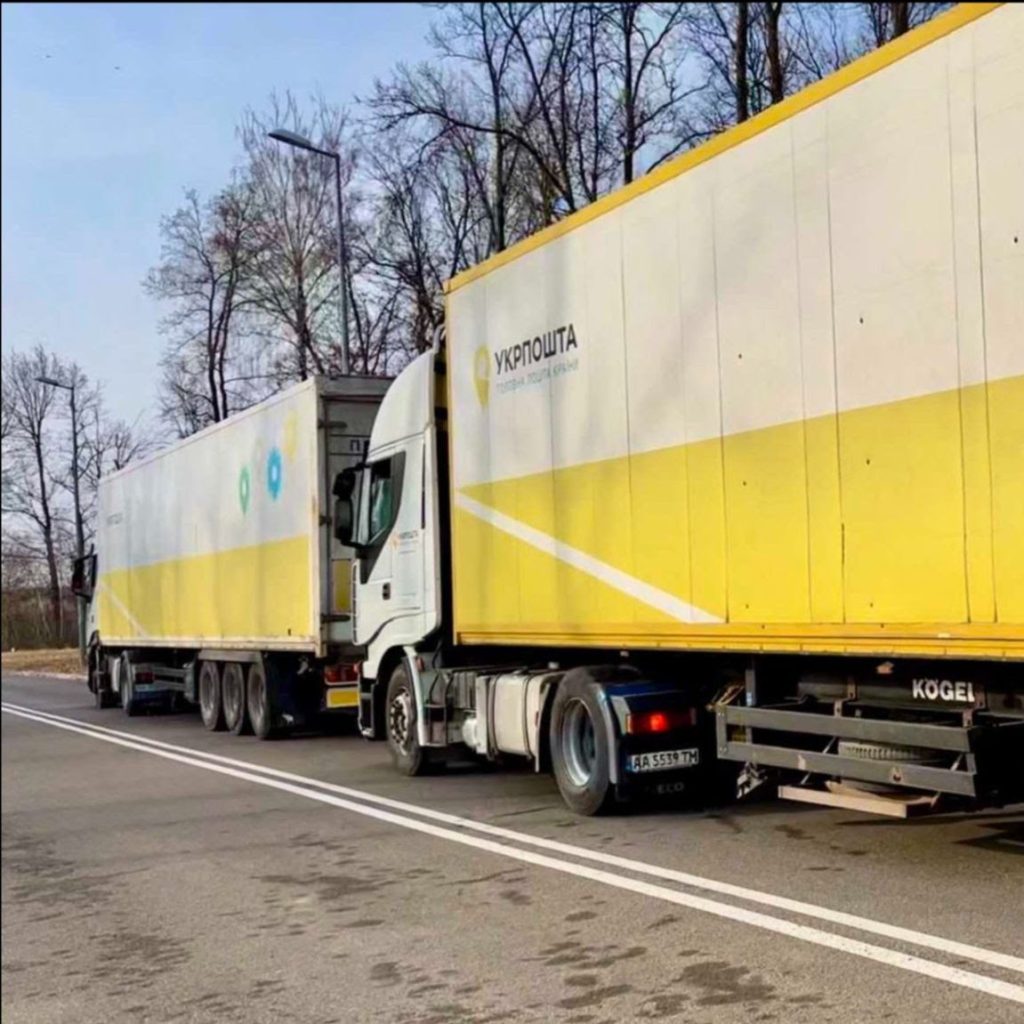 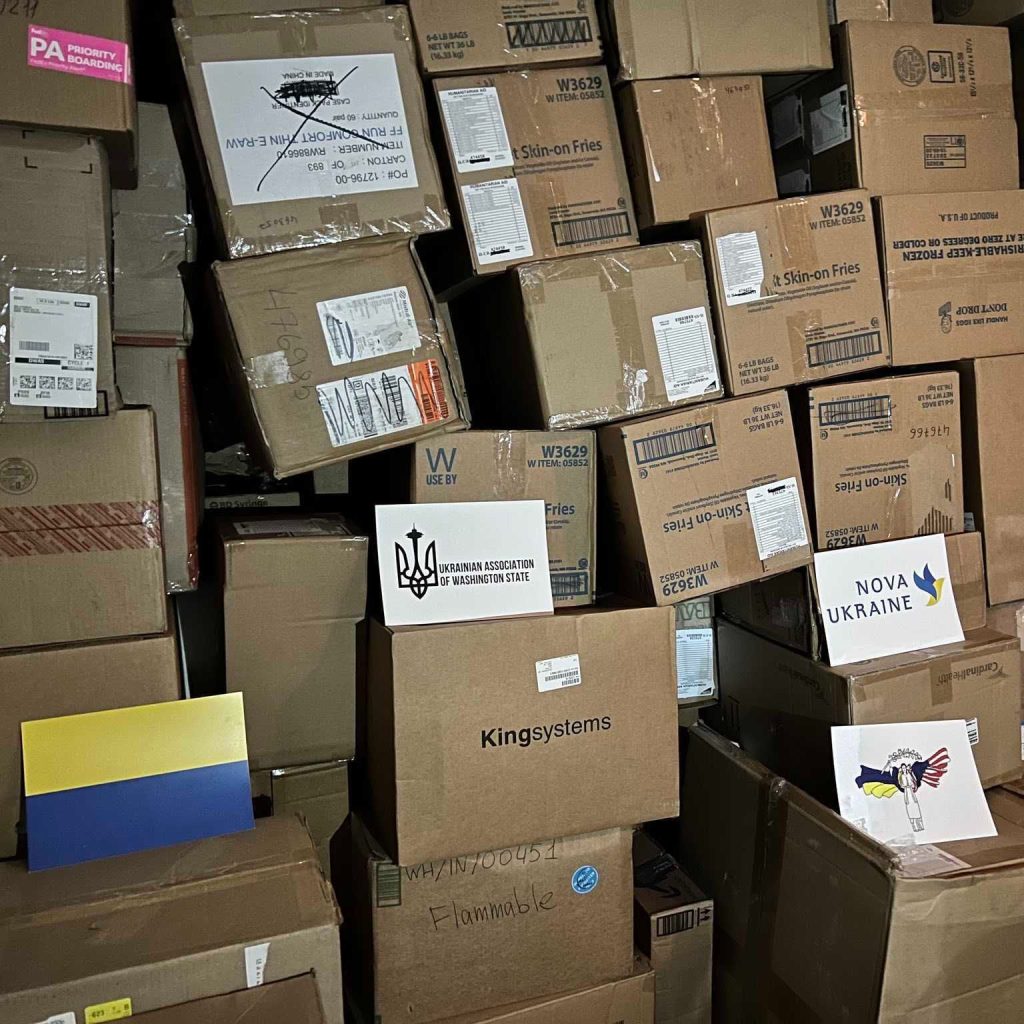 The effort resonated strongly with the people of Ukraine who greatly appreciate the community support behind them. Since this flight, Nova Ukraine has received offers to transport further medical supplies from the US, and further supply flights are being organized.

Selected Press Coverage in the US

MyNorthwest: Medical airlift for Ukraine with $3.5 million of medical supplies set to fly out of Sea-Tac

Seattle Times: Eastside woman will shepherd precious cargo into Ukraine on a mission that created a community

No Replies to "32 Tons of Medical Supplies Flown to Ukraine"